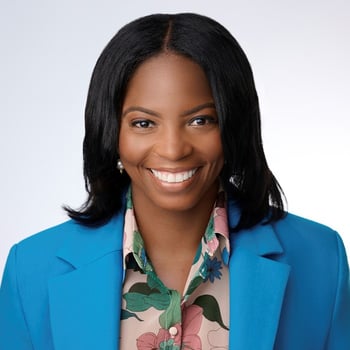 Ashley McNeil, a native of Alexandria, VA graduated from Spelman College with a degree in Economics and from American University with a Master’s in Public Policy. After her studies at American, Ashley felt called to serve and began a career in political fundraising working for local, state, and federally elected officials whom she believed wanted to positively impact their communities. After ten years serving as a political fundraiser and strategist, Ashley transitioned

to the American Hotel and Lodging Association where she is a member of the Government Affairs team. Using her relationships as a fundraiser, she has been able to successfully advocate and educate Members of Congress on the issues that are most important to the industry. Her portfolio includes Environment, Sustainability, and Governance, workforce, and appropriations.

Stable Arts. Ashley is the mother of two sons. In her spare time, she is an avid cyclist, loves to travel, foodie, and is occasionally a fanatical sports fan. She resides in Northeast DC.