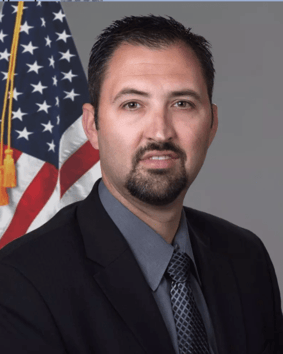 Bill Woolf, recipient of the Presidential Medal for Extraordinary Efforts to Combat Human Trafficking, is a former police detective, last assigned to the Child Exploitation Unit as a task force officer with the Federal Bureau of Investigation. He also served as the lead investigator and co-director of the Northern Virginia Human Trafficking Task Force. In addition to managing the Task Force, he was responsible for investigating all facets of human trafficking, compiling intelligence on trafficking trends and methods, tracking, and interdicting trafficking activity, and disseminating information throughout the DC Metropolitan area in an effort to make the war against human trafficking more effective. Mr. Woolf was called upon to join the U.S. Department of Justice and serve as the Director of Human Trafficking Programs as well as the Acting Director of the Office for Victims of Crime. Mr. Woolf has been recognized as a national expert regarding human trafficking with a particular focus on the victimization of those exploited; having been called upon to testify in front of the United States Congress as well as assisting other government agencies in the development and implementation of policy. He is an adjunct professor at both George Mason University and Mt. Aloysius College