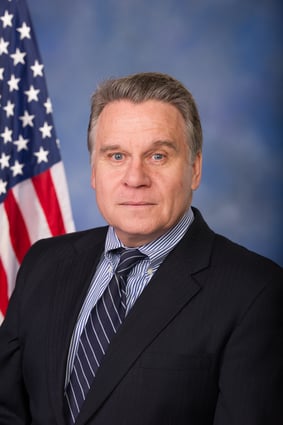 Elected in 1980, U.S. Rep. Chris Smith (R-Manchester, N.J.) is currently in his 22nd two-year term in the U.S. House of Representatives, and serves residents of the Fourth Congressional District of New Jersey. In the 2021-2022 117th Congress, Mr. Smith served as a senior member on the Foreign Affairs Committee and Ranking Member of its Africa, Global Health, Global Human Rights and International Organizations Subcommittee. He served as the Co-Chair of the Tom Lantos Human Rights Commission, and Ranking Member of the bipartisan House/Senate/White House Congressional-Executive Commission on China (CECC), serving as chairman twice, and also serves as “Special Representative” on Human Trafficking for the OSCE Parliamentary Assembly. Previously, he served as Co-Chair and highest-ranking House member of the bipartisan House/Senate Commission on Security and Cooperation in Europe (CSCE) serving as chairman five times, and served as Chairman of the Veterans Committee (two terms), the Foreign Affairs’ Subcommittee on Human Rights and International Operations, and the Subcommittee on Africa.